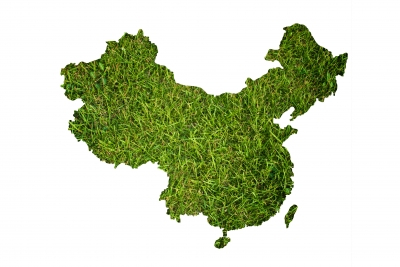 China is looking to green up its image (and air quality) by banning all coal usage in Beijing by 2020 as a way to remove the deadly levels of pollution in the country. This is part of what has become a priority toward a greener China in recent years, showing the country might end up as a leader for environmental preservation in the future.

Beijing’s Municipal Environmental Protection Bureau posted their plan to ban coal on their website, saying the city will prioritize electricity and natural gas for heating. This is surprising as coal has been a prominent part of the city’s power, accounting for a fourth of Beijing’s energy consumption in 2012. It’s also resulted in almost a fourth of the fine particles floating in the city’s air.

However, even with the ban of coal in Beijing, coal use is expected to increase in other parts of China because of the country’s growing population and economy, along with the cheap cost of coal. This has resulted in a large generation of greenhouse gases, turning China into the world’s largest emitter of carbon.

While pressure on the government to clean up their environment for the rising middle class in the country is likely the cause of this cleanup, this is a large step for the country to consider going green even with the short term outlook being slightly worse for the air pollution.

This isn’t China’s first foray into going green, as the country has started looking at a greener future already with this ban being a byproduct of the growing want for a cleaner country.

One such byproduct has been the plans for the Phoenix Towers, a structure planned to be the world’s tallest and greenest building. The planned 3,280-foot tower will have a built in wind turbine, use solar power and have a rainwater harvester as just some of the incredibly green ideas.

The country is also working with Singapore to create the Sino-Singapore Tianjin Eco-City, which is also set to be open in 2020. The city will feature non-traditional sources of water such as desalinated water, integrated waste management and a light-rail transit to reduce carbon emissions from the city among others.

China even has a CO2 emissions cap in place for 2016 along with signing multiple deals on energy and low carbon technology, and a declaration of cooperation on climate change. In fact, China has done more in recent years to curb environmental pollution than any other government in the developing world.

There are tons of positive signs that China is planning on reducing its environmental harm and moving to a greener future. As a world leader in production, these green ideas can affect the environment in a large way.